On March 18th, the government acknowledged the strain on the public sector by making changes to procurement policy, and ensuring resources can be sourced as a matter of urgency.

What does this mean for suppliers?

If buyers can demonstrate that they have an ‘extreme urgency’ for goods, services or works, and/or there are no other suitable suppliers, they can enter into contracts without competing or advertising as long as they have satisfied several criteria categories. On top of this, buyers also have the ability to make changes or extend existing agreements.

For accelerated timescales, you will have to pay very close attention to tender notices:

Despite uncertainty with other industries, the public sector will always have a requirement for goods and services. In the last week, the number of tender notices published for the UK was 1613, which is not far off the weekly average of 1664 seen in 2019. Looking across the UK, ROI and EU, there are around 25,000 live notices.

There is reassurance in knowing that there is still a drive to maintain normality during such unprecedented circumstances. We will be keeping a close eye on these figures and letting you know if there are significant changes and providing you with more insight into the sectors that may be affected.

We hope your workplace has not been affected too dramatically by the unprecedented situations caused by COVID-19.

Wishing you the best of health.

The European Commission published the updated procurement thresholds for 2020/2021 on the 31st of October 2019.

There is still much uncertainty about what will happen next with a confirmed Brexit delay until 31st of January. Much will depend of the results of the upcoming election on the 12th of December 2019.

For now, United Kingdom remains a part of European Union and the new thresholds will therefore apply from 1st of January 2020.

The Regulations set out detailed procedures for the award of contracts whose value equals or exceeds the procurement thresholds. Details of the Regulations are given below.

Social and other specific services are subject to the ‘light touch regime’ as described in a previous blog.

Small lot is a contract, or part of a contract, that is exempt from the public procurement rules. You can read more about it here.

Follow our channels for the latest public sector news and contract opportunities!

We regularly receive queries regarding the minimum timescales that apply in each type of procurement procedure. These timescales specify the number of calendar days required between a notice being sent to the Official Journal of the European Union (OJEU) for publication and the deadline for submission of responses.

The timescales can often cause concern with both suppliers and buyers due to the delay between submission of a notice to the OJEU and it’s publication. It can take at least 48 hours for a notice to be published after it is submitted, during which time there is an embargo on it being advertised nationally (for more information please see this blog).

END_OF_DOCUMENT_TOKEN_TO_BE_REPLACED

Are you ready for ESPD?

Join us at 1.00pm on Thursday 19 April for a free webinar to find out more about how to create an ESPD request. We’ll also explain more about the different versions of ESPD as well as what impact Brexit will have on the document.

Small businesses could miss out on over £33 billion worth of UK Government contracts in the ten years to 2022, according to procurement specialists Millstream.

The Government has set itself a target of spending £1 in every £3 ‎on SMEs by 2022 through both direct and indirect spending as part of a drive to re-balance the economy. It procures around £50 billion worth of products and services a year.

However, according to Millstream analysis*, in the last five years direct government spending on SMEs has only grown by one percentage point from 10% to 11%.

The firm estimates that, if spending on SMEs increases at its current rate, the SME community is likely to have missed out on £33.5 billion worth of government contracts in the ten years to 2022 – at precisely the time that the government is hoping to attract more tenders from them.

‎Penny Godfrey, General Manager of Millstream, said: “This could be a real missed opportunity for the SME community. Despite a major push to redistribute spending amongst a larger number of smaller firms, current trends suggest that not enough SMEs are tendering for and winning government business.

“This is not itself a criticism of government: the target is there to encourage smaller businesses to apply for contracts. Doing so would spread risk for the government and improve its access to specialist businesses. Of course, it should also redistribute investment around the UK.”

According to Millstream, it’s not all doom and gloom, the UK government is on track to double the proportion of funds it spends directly on SMEs by 2022. In 2009, just 6.5 per cent of total government expenditure went to SMEs, but Millstream predicts it will hit 13% by 2022.

However, the government’s target is not exclusively based on the direct contracts it offers to SMEs, but on the total overall benefit to SMEs, which includes indirect contributions to the SME supply chain. By this definition, government spending on SMEs is actually decelerating.

Penny Godfrey added: “More must be done to encourage tender submissions from SMEs. Businesses must appreciate that the process needn’t be arduous. Buyers really want to see more small businesses getting involved. It is vital that we stimulate tendering for government work – SMEs must understand that the opportunities outweigh the risks.”

Millstream made the following presumptions in its calculations: 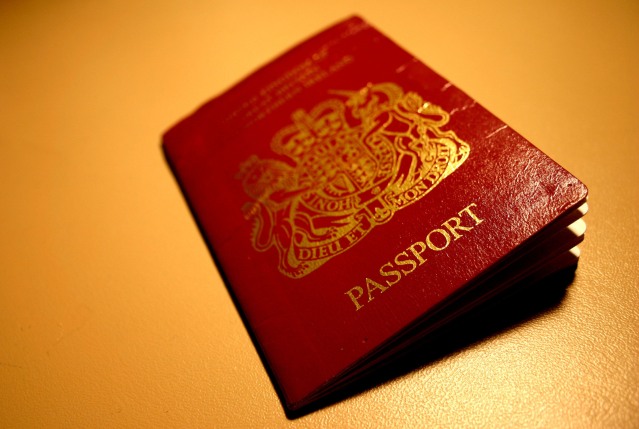 With the recent news* that British company De La Rue are looking to initiate appeal proceedings against the government’s decision to award the contract to make UK passports to French-Dutch company Gemalto, Penny Godfrey, General Manager of Millstream, comments:

“There are great benefits to British companies that have the opportunity to bid for European contracts and our public sector has to reserve the right to invite bids from outside the UK – these principles could shape how competitive our economy will be after Brexit. In this instance we must be aware that this display of political or domestic preference could be riding roughshod over fair market principles.

“De La Rue has the right to appeal the Government’s decision, but will have to base that appeal on a breach of wider procurement rules. There is no clear definition of what constitutes an abnormally low tender offer, but the risks to the contracting authority of an unsustainably cheap offer are clear: poor performance, the potential for hidden costs, and, ultimately, incurring the additional cost of re-tendering if things go awry.”

Calling all buyers! Social Value has been part of procurement legislation since 2013, but what is it? And, more importantly, how should these types of questions appear in your procurement documents?

If you would like a firmer understanding of the topic then join our Head of Training and Consultancy, Gemma Waring BA (Hons), for this FREE webinar.

The webinar will cover:

• A high level overview of the Social Value Act 2012

• An explanation of how it can be implemented in procurement documents

• Advice on how to evaluate them objectively